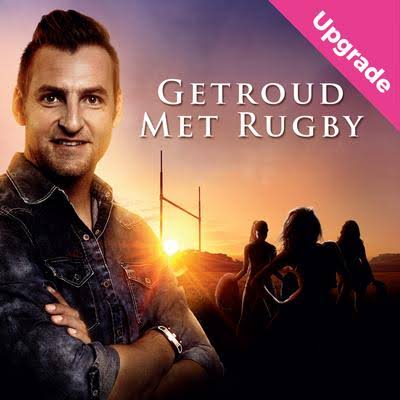 Nesie finds her calling. Amanda is suspicious about Reitz and Ryno’s friendship. Renate discovers a secret about her mother.

Buks walks on egg shells with Nesie. Amanda is upset about a photo of Reitz. Lienkie has an emergency at work.

Blitz and Johan are worried about Lienkie. Reitz and Amanda argue about the photo. Renate wants to find out everything about her parents.

Buks is at his wits’ end with Nesie. Renate makes a drastic decision. Kristien is back at the Stryders.

JJ is back. Amanda still feels threatened by Reitz and Ryno’s friendship. Simon tries to convince Renate to drop her travel plans.

Ryno has an outburst on the field. JJ still tries to win Magda’s forgiveness. Amanda struggles to trust Reitz.

Nesie and Buks are homeless. Simon and Renate decide on a name for their baby. JJ tugs at Magda’s heartstrings.

Buks and Nesie move in at the Vermeulens. Ryno is still too ill to play rugby. JJ has an appointment with Bart.

Lienkie has her hands full with Nesie. Bart’s dark past creeps closer and closer. Renate and Simon have a request for Lulu.

Bart tries to get out of trouble with Carlo. Schalk is suspicious about Jana. Lulu gives Simon and Renate an answer.

Bart decides to get rid of JJ. Jana tries to keep the pole dancing classes secret. Buks and Nesie find their next place to stay.

Bart pulls the wool over JJ’s eyes. Renate is unhappy because she isn’t a godmother. Fafa doesn’t look forward to turn 40.

Amanda is tired of her new house guests. Fafa and Schalk realise they’re getting old. Simon tries to maintain the peace between Renate and Lulu.

Fafa and Schalk want to get fit. Nesie is determined to become a godmother. Amanda is upset because Nesie keeps calling her “auntie”.

Fafa experiences a “mid-life” crisis. Amanda shows the young ones who is boss. Nesie realises she doesn’t want to be a mother.

Simon and Renate ask Ryno and Thinus to be godparents. Fafa and Schalk start their new fitness routine. Buks and Nesie have to move again.

It’s the rocker party in Pottie’s. Kristien has a man in her life. Nesie and Buks move in with Ryno and Thinus.

Fafa enjoys his latest hobby. Blitz and Johan work on a school project. Virginia has to stop Yvonne from refurbishing Simon’s house.

Amanda and Reitz get excited about a possible new chapter in their life. Fafa relives his musical teenage days. Blitz isn’t afraid of competition.

Bart and Kristien are in love. Reitz and Amanda process the results of the pregnancy test. Johan gives Blitz his next challenge.