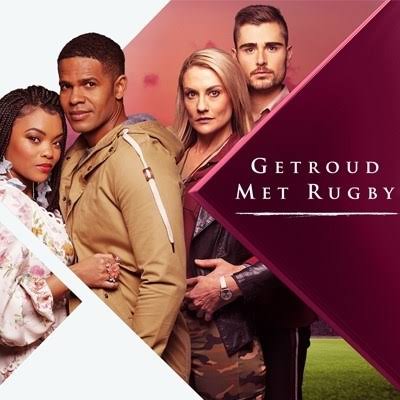 Liam criticizes Priscilla on her mothering skills. Blitz’s past causes tension between him and Lienkie. The Beltrames endure an uncomfortable dinner with Buks and Nesie.

Nesie has a big surprise for Buks. The tension between Liam and his mother-in-law continues. Wynand and Simon’s frustrations reach breaking point.

Maryke returns to work. Simon tells Renate they can’t be friends anymore. Bart and Denzel plan their next scheme.

Maryke is heartbroken about a gift that has gone. Blitz and Lienkie make an impulsive decision. Priscilla forces herself deeper into Candice’s web series.

Blitz and Lienkie get married in court. Priscilla is working on Candice’s nerves. The pompoms scheme to take the latest Stryder-bachelor off the market.

Jordan gives the ladies a self-defence class. Candice involves Priscilla in the casting of her web series. Everyone is surprised about Blitz and Lienkie.

Lulu struggles with her decision to move in with Simon. Ryno gets a special surprise… Candice and her mom continue to argue.

The Stryder-women surprise Lienkie with a bachelorette. Priscilla tries to find sympathy from Lulu. Bart continues his mission to win back Kristien.

Pine makes Blitz an irresistible offer… Wynand follows in Blitz’s footsteps with the pompoms. Priscilla is on her best behaviour.

Priscilla’s visit at the Willemse’s comes to an end. The pompoms play dirty in the battle for Wynand’s heart. Pine approaches Blitz with a higher offer.

Blitz and Lienkie celebrate their wedding. Renate makes a mistake on the cloud. The Stryders receive bad news about Pottie’s.

An article about Blitz and Lienkie appears… Amanda and Renate find out Kristien refused the increase. Simon is upset about Lulu and Renate…

The children at Johan’s school tease him about Blitz and Lienkie. Lulu is still upset because Simon were sniffing around… Everyone is worried about Pottie’s.

Blitz and Lienkie are worried about Johan. Simon and Lulu make up. Wynand breaks up with three pompoms.

Magda and Pottie have reached the end of their tether. Renate is on a mission to help Bart. Ryno receives upsetting news about his clothing range.

The Stryder community team up to save Pottie’s. Liam’s complex has another break in. Wynand struggles to escape the pompoms.

Pottie’s gets a new owner. Blitz and Johan are worried about Lienkie’s health. Renate meets her charming neighbour…

Renate is in love. Reitz confronts Amanda… Ryno and Thinus are suspicious about Anton.

Maryke warns Magda about Bart. Ryno struggles to stop the theft of his clothing range. Simon and Lulu celebrate their last night in Reitz’s house.

Ryno finds the thief who stole his clothing range. Simon and Lulu move into their new home. Bart checks in on his new investment.

Kristien finds out Renate is spending time with Bart. Pottie has a surprise for Bart. Renate worries she is not smart enough for Willem.