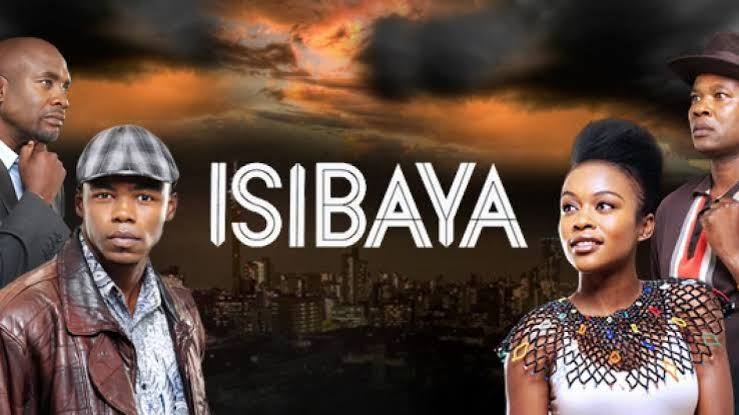 Sibongile asks challenging questions about the past. Cebisile tries to convince Sibongile to stay out of Zungu business. Nolwandle gives a stirring speech as chaos breaks out. S’Khaleni wants to commit murder and the Ndlovu gear up for war.

An attack on KwaManzini has tragic consequences. Saddam and Mbomvu come to blows over an unusual task Dabula sets them. Samson and Khanyi disagree on what to do with Bongani. S’bu has to act fast to stop Andile. Dabula makes a shocking announcement.

Siza chooses family over love. Tensions between Saddam and Mbomvu reach a fever pitch and they end up exchanging blows. Mbomvu wants the Ngwenya’s banished except Lillian. Meanwhile Sihle is set on finding out what Dabula is up to.

Fezile decides they have to strike back at the Ndlovus. Samson tells Mandla they have to attack the Zungus before they attack them first. Sihle vows no woman will marry Dabula while she’s still alive. S’bu confronts the Ngwenyas for their stoking the flames of war.

Things between Qaphela and S’bu intensify, while war seems imminent in the valley. Samson decides to use S’bu’s absence to his advantage. Dabula plans to announce the good news to his guest but unknown to him danger lurks inthe shadows.

A shocking attack on the Chief upsets the balance in the valley. Mbomvu makes a horrific discovery. S’bu arrives unexpectedly at Protea and connects with Siza. Meanwhile things between the Zungus and Ndlovus intensify.

Jabu is desperate to stop yet another war between the Zungus and Ndlovus. Things between Lillian and Saddam get worse while Mandla is given an impossible task for the safety of the Ndlovus. Gadla reveals a shocking family secret.

Jabu’s entire world is turned upside down when Mkabayi tells him the truth about the past. Mandla can’t go through with Samson’s orders. The person behind the attack on Dabula is revealed. The doctor gives Dabula devastating news.

War breaks out between the Zungus and the Ndlovus. S’bu is torn between love and duty. Mbomvu lies to Dabula about the state of things at Emarondweni. Saddam gets suspicious when he returns and Lillian is nowhere to be found. Jabu is desperate to stop the war.

Lillian and Saddam get into a terrible fight but real truths end up coming out. Andile continues manipulating Siza. S’bu tells Siza to really seek the truth. Melusi tries to stop the war but ends up putting himself in grave danger.

The battle is locked in a dangerous stalemate while things look considerably bad for Melusi. Bhekumuzi and Sibongile struggle to come to Melusi’s aid. Saddam accidentally reveals the truth to Dabula. Jabu and S’bu have to come together to bring peace.

Mpihlangene is furious that Jabu intervened and calls him weak. Amanda tells Cebisile to stop lying to Fenyang. After a heated argument with Fenyang, Amanda pays Phumelele a visit in hospital. Andile pays Dabula a visit.

Dabula checks himself out of hospital on a mission. S’bu has to come to his family’s defence when the Chief comes knocking. Amanda decides to take matters into her own hands. Nolwandle encourages Fezile to stand on his own.

Jabu and Mpihlangene are still at odds with each other. Meanwhile the Ngwenyas worry Dabula is roping them into more trouble. Sibongile gives Jabu insight about his father and Dabula continues making dangerous plans for the valley.

Just when S’bu and Siza are hopeful about the future, tragedy strikes the Ndlovus. Phumelele discovers something shocking about Thokozani, while Bhekumuzi tells Jabu where his loyalties really lie.

As a shocking murder shakes the world, Mkabayi returns. Dabula moves to cover his tracks. S’bu and the Ndlovu seem determined to get revenge. Phumelele finds out some surprising news about Mpiyakhe’s will.

Gadla is doubtful about Mpihlangene’s claims about Jabu. Jabu gets an idea to put all doubt to rest. Ntwenhle confronts Jabu and he worries about what S’bu will do. Mpihlangene stokes the fires of war.

Jabu wants to go pay his respects but the family refuses. Dabula is livid when Londiwe tells him she couldn’t plant the listening device. S’bu blames himself for the death in the family. Jabu takes matters into his own hands much to Mpihlangene’s irritation.

Things between Phumelele and Fenyang get tense over her inheritance. Jabu manipulates Mpihlangene into getting what he wants. Ntwenhle is determined to find the truth about what happened to her friend.

The war between the Ndlovus and Zungus escalates unaware of the third force pulling the strings. S’bu cuts ties with the Zungus. Jerry has a price to keep quiet about Mbomvu and Lillian, but it’s not money.

Mpihlangene tries to manipulate Phumelele out of her inheritance. Lillian attempts to win over Londiwe, but things don’t go as planned. Mandla informs the Ndlovu men the war is back on while Jabu tries desperately to figure out a way to stop it.

Phumelele and Cebisile lock horns over Fenyang. Bhekumuzi is torn between loyalty and love. Dabula tasks Saddam with turning Mpihlangene over to their side. Tragedy strikes the Zungus while trying to negotiate peace.

Fezile gets life changing news. Mpihlangene realizes no one respects him at KwaManzini. Saddam and Lillian have a serious fight about Mbomvu. Sihle offers Dabula an explosive new idea to deal with his enemies.