Leruo Molotlegi (born 1968) is the 36th kgosi, or king, of the Royal Bafokeng Nation which is located in the North West Province of the Republic of South Africa. 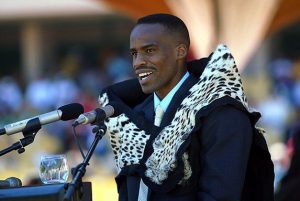 He attended Hilton College in KwaZulu-Natal, South Africa. He graduated from Natal University with a bachelor’s degree in architecture and urban planning.

He has been Kgosi since 2000, when his brother, Mollwane Lebone II Molotlegi died. Molotlegi was not formally enthroned until August 16, 2003. The coronation, which took place at the Royal Bafokeng Stadium in Phokeng, South Africa, drew 3,000 Bafokeng people.

He has an estimated net worth of $1 million which he has earned as a traditional ruler.