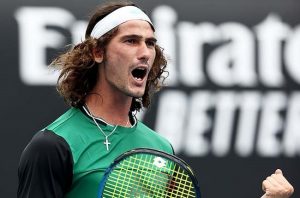 He is believed to currently involved in a romantic relationship with his girlfriend Biance Vanzyl.

Harris turned pro in 2015 and finished with a single ranking of 358 at the end of the year. Harris primarily competed in the ITF Futures tour during the 2015 and 2016 seasons.

In 2018, Harris began the year by reaching four ITF Futures tour finals, winning three of them. He won his first ATP Challenger title at the Kentucky Bank Tennis Championships, capping off a strong summer season on American hard courts.

Harris made it to the third round of a Grand Slam for the first time at the Australian Open in February 2021.

Harris made his first ATP 500 final in March 2021, when he became the first qualifier to reach the semifinals of the Dubai Tennis Championships, defeating world No. 4 Dominic Thiem, Kei Nishikori, and world No. 12 Denis Shapovalov. He was defeated in straight sets by Aslan Karatsev.

He has an estimated net worth of $500,000 which he has earned as a tennis player.