Maurice Levin (born 3 April 1975) is a South African journalist known as one of the four men who were the subject of the SABC3 docu-reality television series MAN, in 2010. 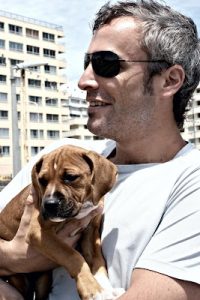 Maurice grew up in Port Elizabeth, South Africa, in a Jewish household. He is the eldest of three sons and a dedicated family man.

Maurice is a strong-willed, pragmatic, and impatient man who is full of life and fiercely loyal to his friends. He wants to live in different cities and write a book that makes a difference.

Maurice is a hopeless dater who believes marriage is a stale institution practiced by zealots who believe they will be the first to make it work 100 percent of the time.

He has an estimated net worth of $70,000 which he has earned as a journalist.

10 Advantages of going to the University