South Africa is traditionally the leader in Africa of the automotive industry and now produces more than half a million automobiles annually of all types.

South Africa also has a large market for cars, and the demand is high. Here are the ten most popular car brands in SA. 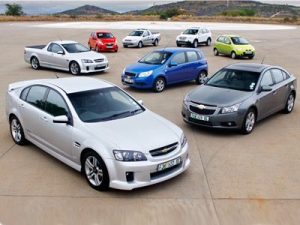 Toyota was founded in 1937 by Japanese entrepreneur Kiichiro Toyoda, and it is the largest car manufacturer in the world. According to Best Selling Car Blog, Toyota is the top-selling car manufacturer in South Africa with an overall 15% market share.

The best sellers include the Hilux, which is the top-selling car in 30 African countries and the Corolla spanning through generations dating back to the 80s.

Motorists love this brand because it is relatively affordable, durable, easy to maintain and can be sold off for a profitable price after being used. Regular upgrades, better features and motor components also make this brand popular among African motorists.

Hyundai is a South Korean automotive manufacturer that is popular on the continent for its affordable cars. It is similar to its sister company KIA, with its regular feature improvements and better motor components.

Groupe Renault is a French multinational automobile manufacturer established in 1899.[10] The company produces a range of cars and vans, and in the past has manufactured trucks, tractors, tanks, buses/coaches, aircraft and aircraft engines, and auto rail vehicles.

According to the Organisation Internationale des Constructeurs d’Automobiles, in 2016 Renault was the ninth biggest automaker in the world by production volume. The Kwid and Sandero are popular Renault vehicles in South Africa.

Nissan was founded in 1933 by Masujiro Hashimoto, Kenjiro Den, Rokuro Aoyama, Meitaro Takeuchi and Yoshisuke Aikawa in Japan. It is a popular brand in South Africa, with the Maxima, Altima and Murano being the most popular.

The Nissan Hardbody tops the list in terms of popularity as it can survive rugged terrains and dirt roads, and can carry loads, which makes it useful and sustainable in the African climate. The Murano is a popular choice being an SUV, as it can drive over challenging terrain and it looks stylish and sophisticated.

Ford Motor Company, commonly known as Ford, is an American multinational automaker that has its main headquarters in Dearborn, Michigan, a suburb of Detroit.

It was founded by Henry Ford and incorporated on June 16, 1903. The company sells automobiles and commercial vehicles under the Ford brand, and most luxury cars under the Lincoln brand. The Ecosport and Ranger are very popular models.

Volkswagen is a German automaker founded in 1937 by the German Labour Front, a Nazi labour union, and headquartered in Wolfsburg. It is the flagship marque of the Volkswagen Group, the largest automaker by worldwide sales in 2016 and 2017.

Volkswagen translates to “people’s car” in German, and that name literally applies to its popularity in SA. The Polo and Polo Vivo are very popular brands.

It is South Korea’s second-largest automobile manufacturer following the Hyundai Motor Company, with sales of over 3.3 million vehicles in 2015. As of December 2015, the Kia Motor Corporation is a minority-owned by Hyundai, which owns a 33.88% stake valued at just over US$6 billion.

Kia, in turn, is a minority owner of more than twenty Hyundai subsidiaries ranging from 4.9% up to 45.37%, totalling more than US$8.3 billion. The Kia Picanto is an all-time SA favourite and has continued to rack up sales.

Datsun or Datsun Motor Corporation is an automobile brand owned by Nissan. Datsun’s original production run began in 1931. From 1958 to 1986, only vehicles exported by Nissan were identified as Datsun.

By 1986 Nissan had phased out the Datsun name but re-launched it in June 2013 as the brand for low-cost vehicles manufactured for emerging markets. The Datsun Go is an SA favorite and is used by a lot of drivers.

However, Isuzu also dabbles in car production churning out several models including the Isuzu D-Max, which is a very popular model in South Africa.

Founded by Karl Benz and Gottlieb Daimler in 1886, the Mercedes Benz is a popular choice for motorists seeking an appeal of class and sophistication.

The brand is loved for its durability, sleek design and its association to wealth. According to Taipei Times, Mercedes Benz is popular in South Africa, with average sales of 20,000 vehicles per year.

So there you have it, the ten leading car brands in SA!

Netflix South Africa: How to Setup and Watch Netflix in South...

How to Register Domain Name in South Africa