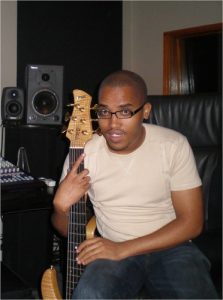 Prince Bulo is a bassist, guitarist, rapper, and DJ with a wide range of skills. He has quickly established himself as one of South Africa’s most in-demand singers, producers, and music directors, collaborating on hit records with international artists such as Black Coffee, DJ Tira, NaakMusiq, and Durban’s Finest.

His ability to seamlessly transition between genres has landed him gigs with prominent artists such as Dwele, Frank McComb, Maysa, Gerald Albright, and Africa Plus, as well as recordings with exciting contemporary acts such as Shekhinah, Afrotraction, and Mi Casa, to name a few.