Shahir Chundra (born 27 May 1980) is a South African actor and filmmaker of Indian descent that is best known for the roles in the television serials Stellenbosch, Professionals, and The World Unseen. 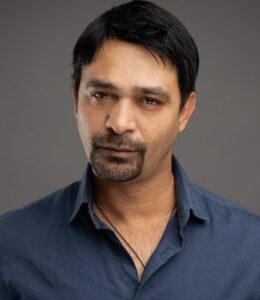 Shahir Chundra began performing as a child actor at the age of five. He started a filmmaking degree at AFDA, The School for the Creative Economy in Johannesburg when he was 17 years old.

Following graduation, he went on to direct prominent SABC youth culture shows such as Street Journal, Kasi 101, and Noted. He worked as a writer for two South African sitcoms during this time: My Perfect Family and Majakhatata Records.

He came to the United States in 2011 to study acting at the New York Film Academy.

In 2005, he starred in two episodes of the television series Isidingo, as Officer Brown. The show grew in popularity and lasted until 2012.

He also appeared in the serials 7de Laan and Entabeni as an actor. In 2014, he appeared as ‘Infrantry Major’ in the Emmy Award-winning international series Homeland season 4, in the episode “Krieg Nicht Lieb.”