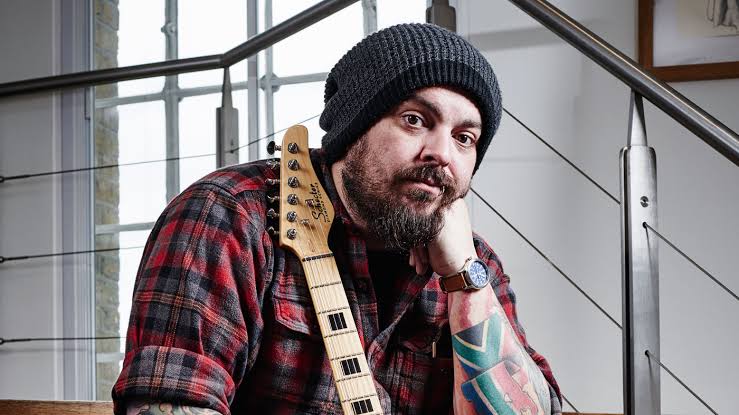 He was born on the 21st of December 1978 in South Africa. Morgan is 43 years old as of 2021 and celebrates his birthday on December 21st every year.

Morgan spent all of his early life in Zimbabwe. His parents divorced when he was still a child. Morgan is one of three children; he had a brother, Eugene, who took his own life in 2007, and a sister, Lucy.

He was a student at Merchiston Preparatory School and Maritzburg College in Pietermaritzburg, where he became a prolific front-row rugby player for his age-group’s top teams in his first three years of high school. In his third year of playing rugby, Morgan injured his back and was unable to play anymore, which then led to him following his passion of playing guitar.

At the age of 14, he discovered the Seattle grunge movement after listening to Nirvana’s Nevermind album, which inspired him to become a musician.

From 2003 to 2005, Morgan dated Evanescence singer Amy Lee. Morgan checked into rehab in July 2006. Lee wrote the song “Call Me When You’re Sober” about her relationship with him.

On 13 August 2007, Morgan’s brother Eugene Welgemoed killed himself, just a few weeks before Finding Beauty in Negative Spaces was released. As the album was finished, there was no delay to its issue, but the record was dedicated to Eugene and featured a memorial. Eugene jumped to his death from an eighth-floor window of the Radisson Hotel in Rapid City, South Dakota shortly after midnight on Monday, 13 August 2007.

According to police, no foul play was suspected in the death and it was ruled a suicide after an investigation. Seether’s song “Rise Above This” is a tribute to Eugene. Morgan has 1308 tattooed on his four right fingers, and 2007 on his four left fingers, marking the date his brother died.

Morgan has been awarded The National Council’s 2016 Artistic Expression Impact Award of Excellence.

He is currently engaged to Jordan Kirby. They have a daughter named Lily. The family lives in Tennessee.

Prior to forming the band Saron Gas, Morgan was a member of a tribute band, covering songs by musicians such as Creed and Tom Petty. In May 1999, the band Saron Gas was created. They were originally a four-piece, but when the singer and guitarist did not turn up to the first practice, the band decided to stay as a three-piece, with Morgan on lead vocals and guitar. Saron Gas enjoyed moderate success before the bass player decided to quit in January 2000, causing Morgan to get in touch with the only other good bass player he knew, Dale Stewart. The band released an album later that year, entitled Fragile.In January 2002, they relocated to the United States to sign with Wind-up Records. During this time, the band’s original drummer returned home to South Africa, whilst the two remaining members were left to think of a new band name, at the request of Wind-up. Eventually they settled on Seether, after the Veruca Salt song of the same name. Around this time, Morgan decided to use his middle name as his last name professionally while performing for Seether because some Americans have a hard time pronouncing “Welgemoed”. Seether went on to release their debut major-label album, Disclaimer, on 20 August 2002, which was remixed and rereleased as Disclaimer II with a few additional songs in 2004.Since then, Seether has released six more studio albums: Karma and Effect (2005), Finding Beauty in Negative Spaces (2007), Holding Onto Strings Better Left to Fray (2011), Isolate and Medicate (2014), Poison the Parish (2017) and Si Vis Pacem, Para Bellum (2020). In addition, they released the live CD/DVD One Cold Night in 2006.
Candice Hillebrand - Biography, Age, Career, Movies & Net Worth

In 2013, Morgan collaborated with Hall of Fame band Lynyrd Skynyrd and guitarist John 5 on “Sad Song”, a track that appeared on the special edition of Lynyrd Skynyrd’s album Last of a Dyin’ Breed.

Morgan has an estimated net worth of $300 000 which he has earned from his career.