Tumisho Masha (born 14 August 1975) is a South African actor and television presenter known for his role as Dumisani Thusong on the soapie Isidingo and for presenting the magazine show Top Billing. 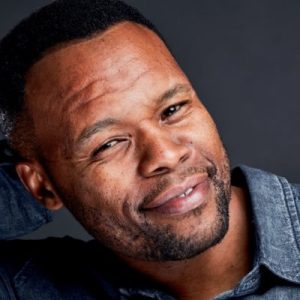 He got married to Angel Masha in 2008 and then also tied the knot with Zozibini Masha in 2010 who divorced him in 2016 and their divorced was settled in 2019.

On the 2nd of May, he finally made things official by getting married to his long-time girlfriend Chantel. The wedding ceremony was MC’d by Skeem Saam actress Innocent Sadiki.

From 2011 to 2013, he starred in the M-Net soap opera The Wild as Modise Tladi, Itumeleng’s (Shona Ferguson) sensible and moral younger brother on the verge of a blazing career in advertising.

He has also been in the drama series Gaz’lam and the mini-series Society, and he can be seen in the Canadian/South African medical drama series JoziH as Dr. Zanemvula ‘Zane’ Jara in 2007.

Masha has also performed in a number of television advertisements, worked as a voice-over artist for a number of commercials, and hosted the South African Music Awards in 2006.

Since October 2008, he has played Mlu in the SABC3 comedy series On the Couch.