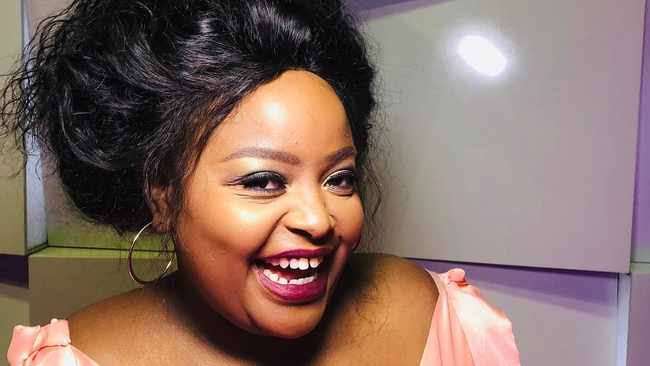 She was born on 11 March 1988 in Johannesburg, South Africa. Manenje is 34 years old as of 2022 and celebrates her birthday on March 11th every year.

Manenje is an alumnus of National School of the Arts and the University of South Africa (UNISA). She holds a degree in Communication Sciences from UNISA.

She’s also hosted Rivoningo on SABC2 and Siyakholwa on SABC1. For Siyakholwa, she was nominated for a SAFTA for Best TV Presenter in 2016.

Vele has also appeared in the plays How I Learned to Drive, Black Bling, Grease, Little Shop of Horrors, and Hotel Paradise. Mrs. “Bat” Batshweneng on the SABC2 drama series Mamello was her recurring role between 2015 and 2017.

She had a recurring role as Shandu on the Mzansi Magic boxing telenovela Ring of Lies in 2016 and was promoted to the starring cast for Season 2 of the show. She presented Mzansi Magic’s reality show Our Dream Wedding for Seasons 8 and 9 in 2018 and 2019.

She joined the SABC1 soapie Skeem Saam in early 2021, playing Evelyn, an articulate ex schoolteacher who makes a surprise delivery at Charles’ (Masilo Magoro) store. On April 27th, she will make her debut.

Manenje has an estimated net worth of $200 000 which she has earned from her career as an actress and television presenter.

My Heart Knows Teasers for October 2021