Alick Macheso (born 10 June 1968) is a Zimbabwean musician who came onto the music scene as a solo artist in 1998, with his debut album Magariro, which carried “Pakutema Munda “. 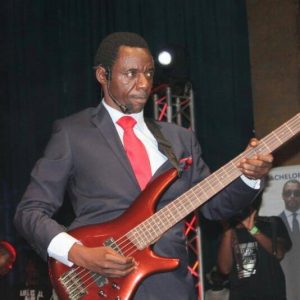 He is regarded as one of the most successful singers in Southern Africa, as well as one of the best bass guitarists on the continent. He is Zimbabwe’s best-selling artist, with Simbaradzo being the best-selling record in the country.

Macheso is the best sungura performer to have ever come out of Zimbabwe. Macheso’s most recent accomplishment is his position as an ambassador for a housing company that specializes in Enhanced Mortgages and Housing. Macheso has also utilized his position to aid fellow artists in obtaining affordable home spaces.

Alick Macheso released the single “Zero Ndizuro” on December 4th, 2020, which is a bonus track from his upcoming album in 2021.

He has an estimated net worth of $3 million which he has earned as a musician.

FNB Cellphone Banking: How to Transfer Money and Register