He was born in Heilbron, Free State South Africa.

His wife is Seabi Pascaline Zondo. She also serves alongside him in his South African Christian ministry.

He was conferred with the Degree of Professorship, Doctor of Divinity (DD) and also Consecrated to the Holy office of Archbishop, by The Interdenominational Theological Centre (ITC) in a colorful ceremony on the  23rd of June 2013.

You can easily find him on his Facebook, Twitter and Instagram pages. There is no information about other contacts but we will update it very soon.

He has an estimated net worth of about $5 million which he has earned as a pastor and priest.

The church has released a statement claiming that it was hosting the gala dinner in the hope of raising R100 million to build a community center.

Rivers of Living Waters Ministries leader Archbishop Stephen Zondo received criticism after a banner circulated on social media in which he states that he would be hosting a “prize-giving” gala dinner in celebration of his birthday and that those wishing to share a table with him would have to fork out R10 000 per seat. A general table is R25 000 or R2 500 per seat.

Zondo, who was born on January 24, will celebrate his birthday on January 26 at the Eye of Africa. For the Archbishop Zondo’s Golf Day, “nongolfers” will be charged R2 500, people will pay R4 500 for “fourball” while a “hole sponsorship” is R5 000.

The most expensive is the “Archbishops package” at R50 000.

The ministry’s Bob Mthembu said as part of its forward-looking developments and its existence, the ministry resolved to build a community center that will accommodate 12 000 people hence the importance of hosting the gala dinner as a way of generating funds.

“The primary purpose of the center beyond spiritual objective will be to host major events that will, in turn, assist to grow and boost the tourism sector in Sedibeng district and Gauteng province in general,” he said.

Though the church did not respond directly to questions sent by The Star, Mthembu said: “Rivers of Living Waters Ministry will be celebrating the 30th anniversary. During this period of its existence, the ministry has grown to 20 000 members in more than 40 branches… It is envisaged that the center will also create employment opportunities in the short-term of construction and in the long-term create a more sustainable job in the hospitality sector and management of the center.

“The estimated cost of the center is approximately R100 million without factoring any possible escalation costs,” Mthembu said.

However, Facebook users have accused Zondo of using people to enrich himself.

John Nape Magolo commented: “I love Bishop Zondo never doubt that. But I think things like these exclude poor people. Anyway All the best with Vision 2020.”

Mthuthuzeli Mbolekwa said: “It’s a lie. They are following their first liar (Malawian Pastor Shepherd) Bushiri and now it’s them. Others are still going to do it, it’s the best way of robbing people in the name of God.”

However, Adam Visagie defended his leader.

“The church has a vision 2020 and therefore we are in need of these funds and hereby it’s envisaged to raise funds. That vision is to enhance the churches current programs to be even better. Not to enrich Archbishop in any way. My understanding.” (sic)

“People don’t know that visions need be funded. Above all, running a church itself is not cheap as you think……those who are keen to support this vision will definitely make a way there without fail even if the prices increase,” Vinara said. 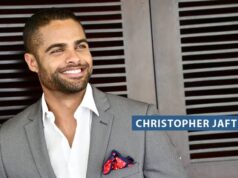 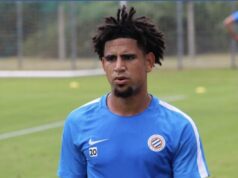 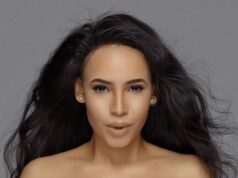