Diaan Lawrenson (born 6 April 1978) is a South African actress known for her starring role as Paula van der Lecq on the SABC2 soapie 7de Laan, from 2002. 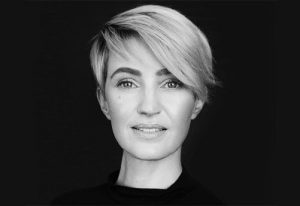 She is happily married to Jody Abrahams who is also a South African actor and together they have two children.

Lawrenson began her career as an actress, but she later shifted her concentration to screenwriting and filmmaking, as she did with Hartloop ( 2015 ), for which she created the script and oversaw production.

Diaan Lawrenson graduated from AFDA in Johannesburg in 2001 and has been the dean of AFDA’s Cape Town campus since 2019. Lawrenson is also a co-owner of Jester Productions, a film and theater production firm that also produces music videos, industrial DVDs, and documentary recordings.

Diaan left 7de Laan as a starring cast member in 2016 and became a call actor, appearing in a few stories.

She moved to Observatory, Cape Town, shortly after resigning, to teach at AFDA (African Film Drama and Art School).

She was named dean of the institution in April of this year.

Lawrenson was also involved in the production of several productions: