Luke Fleurs (born 3 March 2000) is a South African footballer who plays as a defender for South African Premier Division side SuperSport United. 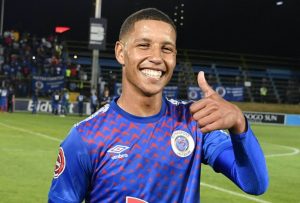 Fleurs is from Mitchells Plain, but came to Fish Hoek in 2013 when he joined the Ubuntu Cape Town program as a 13-year-old. He debuted in the National First Division at the age of 17 and made 18 league appearances in his first professional season.

In the summer of 2018, he signed a long-term contract with SuperSport United in South Africa’s Premier Division.