Mandisa Nduna (born 31 December 1990) is a South African actress known for her starring role as Thuli in the eKasi+ drama series Hustle. 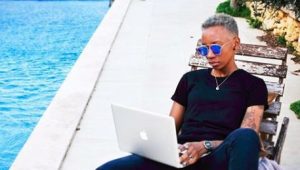 She was born on the 31st of December 1990 in Durban, KwaZulu-Natal South Africa. As of 2021, she is 31 years old and celebrates her birthday on December 31st every year.

She is married to Thishiwe Ziqubu who is a film director and actor.

She first gained notoriety in 2011 as one of the final four participants on the SABC1 reality competition series Class Act’s second season.

Mandisa co-starred in the feature film Between Pals (2014) with Siyabonga Radebe, about a group of university friends who reunite at an up-market game lodge in KwaZulu-Natal.

In the same year, she performed in Neil Coppen’s adaptation of George Orwell’s novel Animal Farm on stage with an all-female ensemble. The Playhouse in Durban hosted the production in 2014, while The Market Theatre in Johannesburg hosted it the following year.

In 2014, she played Pinky, an overly ambitious aspiring model who wants to be famous at any costs, in an episode of the e.tv drama anthology series eKasi: Our Stories titled “Tough at the Top.”

In 2015, she starred in the Mzansi Magic original film Thank You Miss, about a dedicated teacher who must go against the grain of a culture steeped in traditional patriarchal values in order to save a potential student from the ‘ukuthwala’ custom.

In 2016, she won her first television starring role in the eKasi+ drama Hustle, which follows a has-been diva (Brenda Ngxoli) as she embarks on a difficult path back to the top of the charts.