Susanne Beyers (born 11 December 1954 ) is a South African actress and writer known for the Afrikaans TV series in which she plays. 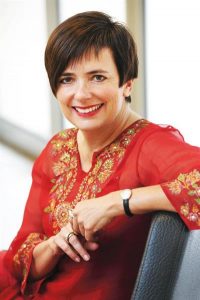 She made appearances on stage in works such as The Clock Tilt, Leon Kruger’s Old Leaves, and Sex in the Suburbs. Singles like Bartho Smit’s Die man met de lyk om sy nek (directed by Danie Odendaal) and series like Chris Barnard’s Onder turns the devil around (directed by Katinka Heyns) and Eagles are among her TV appearances (directed by Dirk de Villiers). She’s also appeared in a number of feature films.