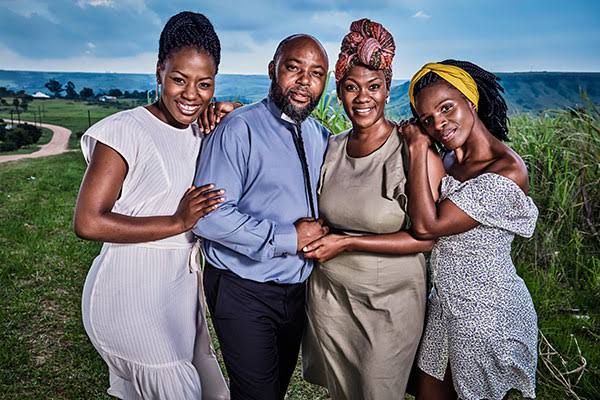 KaMadonsela is harassed and intimidated by a prison guard and inmate. The prison warden urges her to form alliances to survive the duration of her sentence.

Maluju employees are unimpressed about MaZulu’s changes to the company. MaZulu gets news that the Maluju drivers are protesting.

Sli warns KaMadonsela of what the violent Mzion is planning for her. Phakade and Sebenzile go all out for their ‘date’ even whilst protesting that it’s not a date.

Nomusa and Lindiwe learn that Sibongile has officially been charged with assault.

Phakade tries to trap Bheki by making a recording of him accepting a bribe and giving it to Nokuzola to take to the prosecutor.

A very drunk Buhle arrives home to her unimpressed family. Shongololo Oil looks like they may have won the middle east deal back.

Macingwane gets a terrible premonition. The police arrest Nkululeko for assaulting MaZulu

KaMadonsela is reprimanded for getting Bheki arrested and warned about what awaits her after Bheki is gone.

Nkululeko ditches his little family for his lover. Nkululeko finds out that Fikile has been mugged. Zethu doesn’t care about the mugging and calls out Fikile for taking Mepho’s shine.

Nokuzola tries to talk her way out of the cleansing, but Zithulele won’t budge. Her panic grows when Macingwane arrives with a cryptic message.

Nokuzola is tormented about the abortion, and Zithulele thinks she’s just anxious about the cleansing ceremony.

MaNdlovu looks at old photographs of herself in her younger years with a man. She tries on some dancing shoes sent to her as a gift. MaGogo’s got her groove back.

Zola’s womb gets blessed as part of the ritual. The prayers gets Zola emotional she runs off. Zithulele gets shocking news.

Zithulele is a wreck of emotions after finding out about Nokuzola’s abortion. Phakade conducts a lovely service for baby Mmemezi.

KaMadonsela has an ancestral experience in prison. Nokuzola turns to her sister for support, but receives none.

Celiwe hears about maNdlovu’s history with Walter, and she advises maNdlovu to pursue the relationship.

KaMadonsela is accused by Harriet of faking her condition – Ancestral calling.

Anxious, dejected Nokuzola waits up for Zithulele who is busy getting drunk with Thu sheleni MaZulu and Phakade step in and instruct Zithulele and Nokuzola to come to a decision about their commitment to each other.

MaNdlovu tells her family about the concert, and they are all excited and want to take part. Zethu skips her meds again.

Fikile bonds with Mepho and discovers that a mysterious, unidentified woman is watching her. She alerts Nkululeko of the mysterious watcher. Who could this mysterious figure be?

Zithulele accuses Nokuzola of trying to trap him into marriage. MaNdlovu says if Nokuzola wants to leave, it must be handled according to traditional protocol.