Reggie Nkabinde is the national treasurer of the African National Congress Youth League.

Nkabinde, first of all, caught the attention of the press after throwing a lavish 31st birthday bash on the West Rand in 2015.

The extravagant party featured celebrities such as Sbu Leope and Isibaya stars Nomzamo Mbatha and also Jessica Nkosi. Of the soiree, Nkabinde told City Press it amounted to ‘over R 2 million.’ 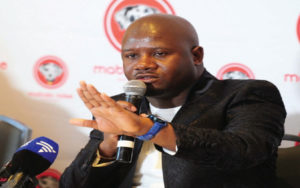 He was born in the year 1984. We do not know the exact day and month but will update it soon.

His wife is his long-time love, whose name is Beauty Matela. Their wedding held at the exclusive wedding venue, Lynton Hall, in Umzinto on KwaZulu-Natal’s South Coast.

Full information about his estimated net worth will be updated soon.

Nkabinde drives one of the latest CLK Mercedes-Benz.

Spending time & playing with you @im_queenn_b always completes my circle…#MyMajorkey